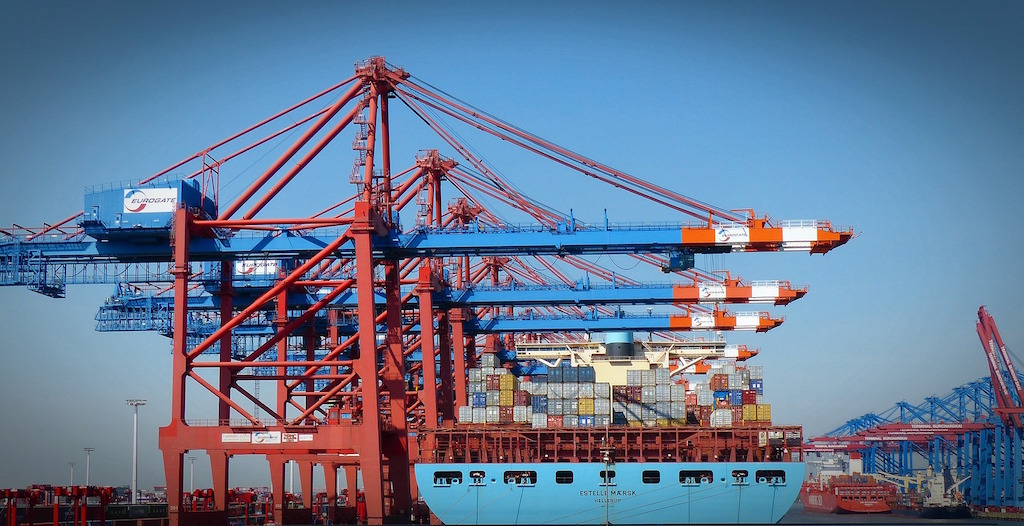 In the last article of the series, I covered some of the reasons why planning to migrate all or part of existing application portfolio to containers can be instrumental in accelerating innovation cycle. I also talked about common pitfalls and try to dispel some myths. Now lets examine the journey to container migration and patterns that can help you make informed decisions.

I have seen three distinct patterns in container adoption so far. And everything else is some hybrid combination of them. They are:

Now pay attention to this. The selection of one or more pattern for migrating to containers depends strongly on your starting point. Say if you are starting with a portfolio of all Mainframe based applications, then there is very little use of Lift and Shift pattern there. You have to look at either Augment (my favorite) or Rewrite. I will cover how to navigate through the portfolio of applications and select an appropriate path later in this series. And this topic is going to be discussed in quite detail under each of the patterns.

In reality, all three patterns will be used to onboard a portfolio of applications to containers, along with some hybrid approach.

Where are we headed?

It is important to keep an eye on the eventual goal here. That is, graduate to a more nimble application delivery paradigm that will allow us to deliver value faster, enabled by container platform. In the context of migrating to containers, we will argue that the goal looks like a combination of microservices based backends, supported by API front-ends, orchestrated by a PaaS and both can scale independently. 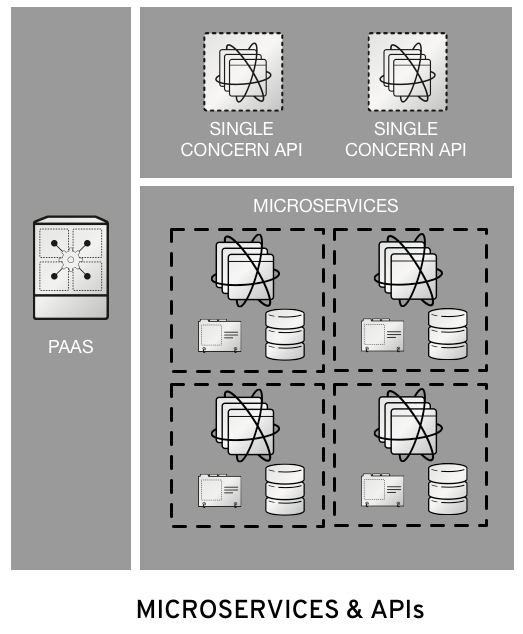 One main reason for using services as components is that services are independently deployable. If you have an application that consists of a multiple libraries in a single process, a change to any single component results in having to redeploy the entire application. But if that application is decomposed into multiple services, you can expect many single service changes to only require that service to be redeployed. – Martin Fowler

This pattern is mostly about forklifting your existing application, its configurations and supporting runtimes into a set of docker containers. An application can potentially be broken down into one or more containers, depending on how it was built and the desired level of granularity within containers. 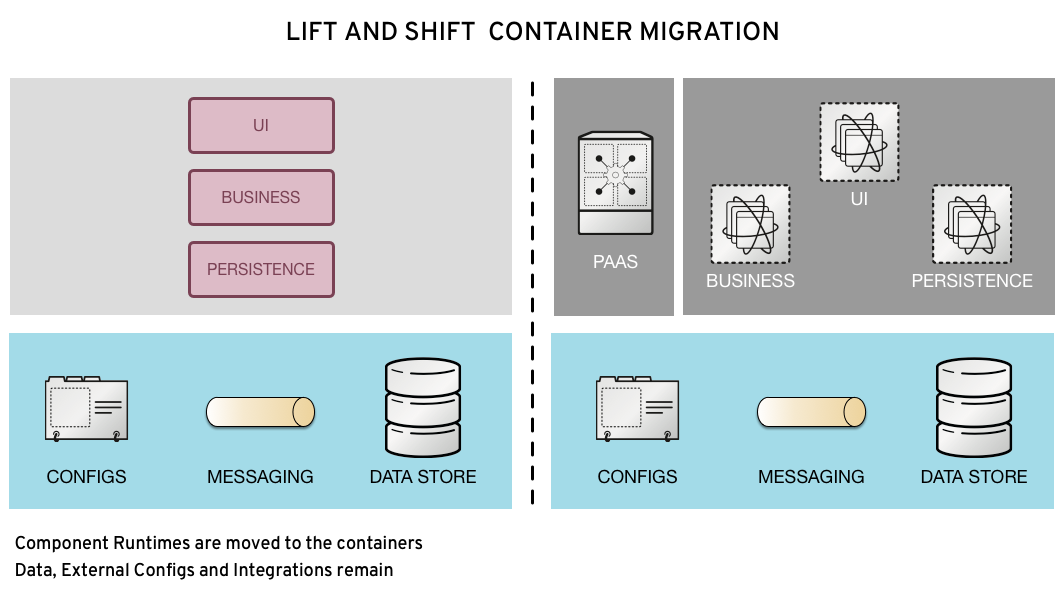 When to apply Lift and Shift Pattern?

This migration pattern makes sense when one or more of the following situation applies:

Important characteristics of this type of migrations are:

Benefits of Lift and Shift Pattern

Tangible benefits from Lift and Shift include:

Containerizing individual components of an application using this pattern seems like a great goal, but it is just the beginning. As I mentioned earlier that we are marching towards a more nimble delivery capability around APIs and micro services via containers. A complete journey using Lift and Shift pattern might look something like this:

The first order of business is to get up and running in containers, by porting (or lifting) the applications into one or more container images, tie off configurations and deploy using container orchestration PaaS. We call it “Scale out with containers”. Getting to this step could be a matter of few iterations and Agile Sprints. Once you are stable, it is usually time to hit production and let it run for some time.

Moving to complete Microservices and APIs on containers will take focused effort, reduction in technical debt, a lot of refactoring and sometimes creating new code to compliment existing one. It is wise to identify vertical business aligned functionality and then implement each of them as atomic units. That is, all the way from front-end to backend micro services and back. If this topic is of interest, I will write about it in another article, so make sure to let my know either by leaving a comment here or reaching out to me via twitter (@zeebluejay).

Next we will look at Augment with New Layers pattern. Stay tuned.